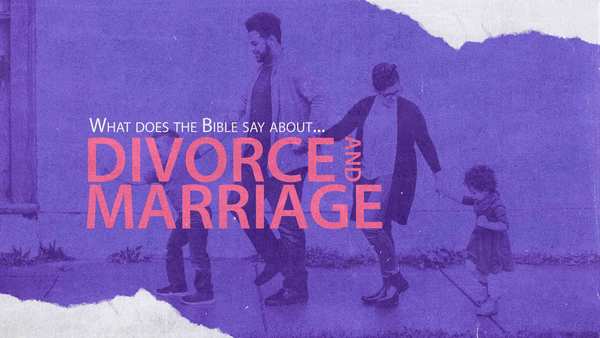 Photographer Louis Grenier started a new photography business—selling divorce albums. Grenier said he would stay with the couple during the divorce proceedings, taking candid shots. “It will be a record of how things were,” he said, “to serve as a warning to both parties so they won’t let things get that bad again the next time around.” He set a basic fee of $200 a day.

Jesus speaks into the culture to remind us that we don't steward only possessions, but we steward relationships as well. Though we live in a fallen world where marriages end for all kinds of reasons, sometimes good ones and sometimes despite the best effort of one spouse. God intends our marriages to be lifelong. He intends us to steward that relationship until the end, the way Christ cares for His bride until the end. What happens if you have divorced? What does the Bible say about remarriage? Find out in a two-week teaching starting August 22nd.

WHOEVER DIVORCES HIS WIFE AND MARRIES ANOTHER COMMITS ADULTERY part two

WHOEVER DIVORCES HIS WIFE AND MARRIES ANOTHER COMMITS ADULTERY part one