Fort God – Safe in Christ in the Local Church
FELLOWSHIP – Walking in One Accord
Acts 2:42
Acts 2:42 And they continued steadfastly in the apostles’ doctrine and fellowship, in the breaking of bread, and in prayers.

Intro: The early church increased in power and in numbers by the ministry of the Holy Spirit. Through His ministry, they had four daily commitments: God’s holy Word, loving fellowship with one another, the two ordinances of baptism and communion, and particular prayers.

I bring up “the Fellowship of the Ring” because the author, J.R.R. Tolkien used the term “fellowship” much the same way the Bible uses it.

This group of 9 assembled to carry out a mission to save the world from evil. They each played a critical role in the success of the mission. All of them contributed and sacrificed in some way.

They were a diverse group, “representatives of all the free peoples of Middle Earth,” who would not have gotten together under lesser circumstances (hobbits, elves, dwarves, men, & wizards did not relate well to each other)!

It will serve us well to study this doctrine of fellowship in the Scriptures to see whether we understand what it is and test ourselves to see if we are carrying it out.

Philippians 1:5 for your fellowship in the gospel from the first day until now

Philippians 2:1 Therefore if there is any consolation in Christ, if any comfort of love, if any fellowship of the Spirit, if any affection and mercy,
Philippians 2:2 fulfill my joy by being like-minded, having the same love, being of one accord, of one mind.

2 Cor 6:14 Do not be unequally yoked together with unbelievers. For what fellowship has righteousness with lawlessness? And what communion has light with darkness?

Philippians 3:10 that I may know Him and the power of His resurrection, and the fellowship of His sufferings, being conformed to His death

Philemon 5 hearing of your love and faith which you have toward the Lord Jesus and toward all the saints,
Philemon 6 that the sharing of your faith may become effective by the acknowledgment of every good thing which is in you in Christ Jesus.
Philemon 7 For we have great joy and consolation in your love, because the hearts of the saints have been refreshed by you, brother.

Heb 13:16 But do not forget to do good and to share, for with such sacrifices God is well pleased.
Heb 13:17 Obey those who rule over you, and be submissive, for they watch out for your souls, as those who must give account. Let them do so with joy and not with grief, for that would be unprofitable for you.

Rom 15:26 For it pleased those from Macedonia and Achaia to make a certain contribution for the poor among the saints who are in Jerusalem.

2 Cor 8:3 For I bear witness that according to their ability, yes, and beyond their ability, they were freely willing,
2 Cor 8:4 imploring us with much urgency that we would receive the gift and the fellowship of the ministering to the saints.
2 Cor 8:5 And not only as we had hoped, but they first gave themselves to the Lord, and then to us by the will of God.

One accord – as we read through the results of being committed to the four spiritual values, see if you can trace partnering, sharing, relating, and contributing.

Acts 2:43 Then fear came upon every soul, and many wonders and signs were done through the apostles.
Acts 2:44 Now all who believed were together, and had all things in common,
Acts 2:45 and sold their possessions and goods, and divided them among all, as anyone had need.
Acts 2:46 So continuing daily with one accord in the temple, and breaking bread from house to house, they ate their food with gladness and simplicity of heart,
Acts 2:47 praising God and having favor with all the people. And the Lord added to the church daily those who were being saved.

illus: Islam’s prophet Muhammad made a visit to Zaid – his highly esteemed adopted son. Zaid was the third convert and utterly loyal to his foster father. Zaid’s beautiful wife, Zaynab, was the prophet’s cousin. Zaid was not at home, and when Zaynab came to the door she was wearing her morning clothes (pajamas). She invited Muhammad, her cousin, to come inside to wait for Zaid. Smitten by her beauty, Muhammad exclaimed to Zaynab, “Gracious Lord! Good heavens! How you do turn the hearts of men.” The prophet hesitated and then declined to enter the house. Zaynab told her husband what had happened and what Muhammad said. Zaid immediately went to the prophet and offered to divorce his wife so that he could marry her. Surprisingly, Muhammad declined. “Keep your wife and fear God.” But in many parts of the world, it is dangerous to deny powerful men what their hearts desire, no matter what they say. Apparently, Muhammad’s compliments had grabbed Zaynab’s heart. She explained this to her husband, and the devoted son divorced his wife and gave her to the prophet. Muhammad even hesitated in marrying Zaynab since marrying his son’s wife would be considered incest. Conveniently, a new revelation from Allah rescued him. With his wife Aisha – whom he had married when she was only six years old – sitting next to him, Muhammad went into one of his famous trances. Coming out of it, he asked, “Who will go and congratulate Zaynab and say that the Lord has joined her to me in marriage?” To no one’s surprise, Muhammad announced a new addition to the Quran (Sura 33.2-33.7), laying down a law that adopted sons should go by their biological father’s name/birthright, and that marrying the wives of adopted sons should not be considered a crime among faithful Muslims. Allah had assured the prophet by saying to him, “When Zaid determined to divorce her, We married her to you.” Muslim apologists defend Muhammad by arguing that the marriage was contracted for political reasons. Aisha, however, had a wittier remark: “Truly your god seems to have been very quick in fulfilling your prayers.” Whether Muhammad’s new prophecy allowing devout men to marry the wives of their adopted sons was a true revelation or just a convenient solution for the prophet to steal a beautiful married girl, the Islamic world learned that it was safer to cover your women’s beauty than to be sorry. Reminder: the 10 Commandments had already made it a sin to covet your neighbor’s wife. Jesus offered a more radical solution – one that demanded not only modesty from women but also self-control and inner holiness from men. He instructed His followers to deal with the spiritual problem of adultery in their hearts and the lust in their eyes. He told them not to divorce their wives except for marital unfaithfulness and not to marry women divorced in circumstances that mock marriage and camouflage adultery – circumstances that use divorce and marriage as a veneer for breaking up families.

When a church is in one accord with each other, when they are practicing biblical fellowship, there is no need for heavy-handed measures like covering the women from head to toe like Islam. Because true fellowship does not breed suspicion. There is no danger. Instead, there is “praising God and having favor with all the people.”

WHAT KOINONIA IS NOT…

warm feelings of being together

“I am not in fellowship with the church if I do not participate in or contribute to the ministry.”

Fellowship always means more than receiving from the church.

“I am not in fellowship with the church if I do not share in her sufferings and her victories.”

Fellowship results in being regularly informed of the wins and losses of the members.

“I am not in fellowship with the church if I refuse to let them count on me.”

When serving on a ministry team becomes an obligation rather than an offering to the Lord, mission drift occurs. Members begin attending only on the days they are scheduled to serve in a particular ministry. They skip the assembly and refuse the preaching of the Word. But you cannot give away spiritual resources if you are not receiving them yourself. Remedy? Removal from ministry team. If you are only willing to give one hour, you must choose the worship gathering and the graces it gives. 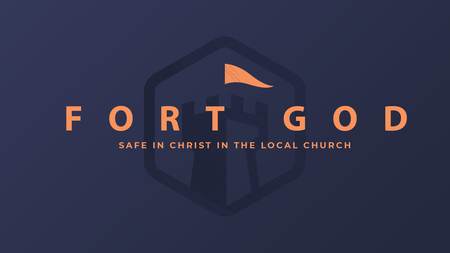 FELLOWSHIP – Walking in One Accord

APOSTLES’ DOCTRINE – A LIGHT FOR OUR PATHS

WHAT IS THE CHURCH AGAIN?