DOES HE CALL YOU FRIEND?
John 15:12-15
Intro: I met my first best friend Jay Clark on the very first day of first grade. We were one of 2-3 others who entered Mrs. Constance Moore’s classroom early. Someone introduced us. We sat beside each other in class and at lunch and followed each other around on the playground just about every day. He was an artist. He attempted to teach me how to draw and failed miserably! He had talent; I had envy. We both made the Spotlight program together. He was always smarter than me. On the football team he was a LB; I was a QB. He talked me into riding our BMX bikes from OB to the Hickory Ridge mall in Memphis when we were 14. I have loved him like a brother since the day we met. That was August 1981. We still get together in a restaurant to laugh and reminisce a couple of times a year. It is a delight to spend even five minutes with him. Do you have a friend like that? What if Jesus wants to be that friend to you?

1 Sam 18:1 Now when he had finished speaking to Saul, the soul of Jonathan was knit to the soul of David, and Jonathan loved him as his own soul.

1 Sam 18:3 Then Jonathan and David made a covenant, because he loved him as his own soul.
1 Sam 18:4 And Jonathan took off the robe that was on him and gave it to David, with his armor, even to his sword and his bow and his belt.

Remember that King Saul’s armor did not fit David before the young shepherd went out to fight Goliath. But Jonathan’s fit!

David and Jonathan were a match. Their friendship is even more remarkable when we learn that they were not peers. The biblical evidence is that Jonathan was significantly older than David.

When David was a young shepherd boy in his late teen years, Jonathan was already established as a commander in the army.

When he attacked the Philistine outpost, he had an armor bearer. Only ranking soldiers had armor bearers, and ranks were awarded by time served faithfully. Jonathan was fully trained over many years, and his armor bearer was a cadet.

The lesson? We need friends of different generations.

If all our friends are our own ages, then two things are not happening: (1) we are not learning wisdom (2) we are not discipling the next generation

John 15:12 This is My commandment, that you love one another as I have loved you.

FRIENDS LOVE TO BE WITH YOU

How can we show love to others if we are not spending quality time with them?

Mark 3:14 Then He appointed twelve, that they might be with Him and that He might send them out to preach,
Mark 3:15 and to have power to heal sicknesses and to cast out demons

John 15:13 Greater love has no one than this, than to lay down one's life for his friends.

FRIENDS VALUE YOU TO THE POINT OF SACRIFICE

1 Sam 20:1 Then David fled from Naioth in Ramah, and went and said to Jonathan, “What have I done? What is my iniquity, and what is my sin before your father, that he seeks my life?”

1 Sam 20:2 So Jonathan said to him, “By no means! You shall not die! Indeed, my father will do nothing either great or small without first telling me. And why should my father hide this thing from me? It is not so!”

1 Sam 20:3 Then David took an oath again, and said, “Your father certainly knows that I have found favor in your eyes, and he has said, ‘Do not let Jonathan know this, lest he be grieved.’ But truly, as the Lord lives and as your soul lives, there is but a step between me and death.”

David insists that he is in danger of being assassinated by the king. Jonathan disagrees. He is convinced that his father tells him anything that is important, and he hasn’t heard of any plan to kill David.

“Your father does not want to disappoint you,” says David.

1 Sam 20:4 So Jonathan said to David, “Whatever you yourself desire, I will do it for you.”

David simply asks to be warned if Jonathan learns of his father’s intention to kill him.

For two days, David does not appear at the king’s table for an important celebration. When Saul finally notices, he asks where David is, and Jonathan covers for David. He delivers their prearranged story. (David went home to Bethlehem for a family celebration).

1 Sam 20:30 Then Saul's anger was aroused against Jonathan, and he said to him, “You son of a perverse, rebellious woman! Do I not know that you have chosen the son of Jesse to your own shame and to the shame of your mother's nakedness?

1 Sam 20:31 For as long as the son of Jesse lives on the earth, you shall not be established, nor your kingdom. Now therefore, send and bring him to me, for he shall surely die.”

1 Sam 20:32 And Jonathan answered Saul his father, and said to him, “Why should he be killed? What has he done?”
1 Sam 20:33 Then Saul cast a spear at him to kill him, by which Jonathan knew that it was determined by his father to kill David.

Do you hear the foreshadowing of the trial of Jesus at Pilate’s house?

John 15:14 You are My friends if you do whatever I command you.

FRIENDS AGREE ABOUT WHAT IS IMPORTANT

In every wedding ceremony I officiate, I always read this verse…

Amos 3:3 Can two walk together, unless they are agreed?

What kind of friendship should spouses have?

John 15:15 No longer do I call you servants, for a servant does not know what his master is doing; but I have called you friends, for all things that I heard from My Father I have made known to you.

The essence of friendship is not service, but pleasure.

Jesus wanted His disciples to enjoy Him like a best friend, and He wanted the apostles to feel His pleasure in them.

What is the difference between servants and friends? It is who confidence/trust is extended to. We let our friends inside.

In the Upper Room discourses, Jesus made known to the disciples what He had heard from the Father.

Why did Jesus reveal the beauty of God the Father to the apostles? So they might love the Son of God the same way the Father loves Him.

It is the lovers of God who hear His voice and understand Scripture. They are His friends.
Conclusion:

Only recently has it become clear to me what it means that Jesus wants to be my friend. I hope my preaching has been more about God than our obligations to God. Everyone needs to hear grace more than law. We need to understand what it means to be friends with the Lord more than what the rules are. Jesus is a person, not an obligation. And guilt is easy to produce. But to make your heart beat fast with the hope that God wants you to feel His pleasure in you requires the work of the Holy Spirit. 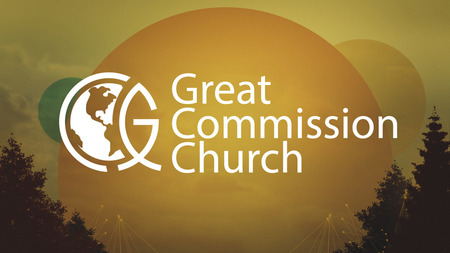 DOES HE CALL YOU FRIEND?

Who is the King?

What Is The Message Of The Gospel?

The Message of the Gospel
Stand Alone Sermons

Walk in the Spirit; Crucify the Flesh