WHAT IS THE REAL DANGER OF MONEY?

1.    Money has a way of supplanting your trust in God

Prov 28:11 The rich man is wise in his own eyes, but the poor who has understanding searches him out.

Waltke – “A rich person is wise in his own eyes, but a discerning poor person searches him out.”

rich man…wise in his own eyes = when you merge pride with wealth it causes wealth to lose its positive value.

The discerning poor man sees the blind spots of the prideful rich man.

God’s searching gaze, as prayed for in Ps 139:23, may come to a man in the unwelcomed and appraising stare of someone he regards as inferior.

Two things are implied in this saying: (1) wisdom is no respecter of rank (2) a man’s peers are not always his best judges.

Prov 10:15 The rich man's wealth is his strong city; the destruction of the poor is their poverty.

Waltke – “The wealth of the rich person is his fortified city; the terror of poor people is their poverty.”

Wealth is worthless at the Judgment.

Prov 11:4 Riches do not profit in the day of wrath, but righteousness delivers from death.

Did you know that the wise man’s treatment of the “rich person” in Proverbs is almost always hostile and without sympathy?

His wealth deceives him into thinking that it provides real security

Prov 18:11 The rich man's wealth is his strong city, and like a high wall in his own esteem.

Prov 18:11 The wealth of the rich is their fortified city; they imagine it an unscalable wall. NIV

Who needs God when you have enough resources to solve seemingly any problem?

Waltke – The rich person may be insured to the hilt and have money in the bank for a rainy day, but when death strikes, his moral insufficiency will ruin him.

In his delusion, the rich man seeks his security and his significance in money, imagining his wealth to be like a “strong city” with a “high wall” - from this height the rich think they can fend off all attackers (through their wealth).

Kidner – The world thinks that the unseen is the unreal. But it is not the man of God but the man of property, who must draw on his imagination to feel secure.

It propels him into a state worse than that of a fool.

Whoever relies on his riches will ultimately be unseated.

Prov 11:28 He who trusts in his riches will fall, but the righteous will flourish like foliage.

But whoever trusts in the Lord will be secure.

Prov 3:5 Trust in the Lord with all your heart, and lean not on your own understanding;
Prov 3:6 In all your ways acknowledge Him, and He shall direct your paths.

2.    There is a threshold of wealth that will simply overpower

Prov 30:7 Two things I request of You (deprive me not before I die):
Prov 30:8 Remove falsehood and lies far from me; give me neither poverty nor riches — feed me with the food allotted to me;
Prov 30:9 Lest I be full and deny You, and say, "Who is the Lord?"or lest I be poor and steal, and profane the name of my God.

“He [King Agur] prays with all the intense earnestness of a dying man.”

King Agur is concerned that he might become insubordinate to God by deserting Him and desecrating His name.

He points to God, not human effort, as the savior to overcome human greed.

Question: How does you overcome the common human predicaments of:
(a) naive ignorance (“remove falsehood…far from me”) and
(b) godless materialism (“give me neither poverty nor riches…feed me with the food allotted to me”)?

Answer: through depending on God and desiring God’s fame

poverty and riches = These economic extremes are not the desires of the righteous, instead they are the circumstances that endanger character.

King Agur is keenly alert to the spiritual & moral damage that either extreme economic state produces.

Derek Kidner – “Don’t embrace poverty out of laziness or romanticism.”

Which conditions stalk every step of the destitute? Death, starvation, forced labor, injustice, and the temptation to steal.

Kidner summarizes these verses: “Lead me not into temptation.”

Too much wealth seduces a person to deny God.

This is the only prayer found in Proverbs. It shows us King Agur’s:
(1)    humility of ambition – “do not deprive me before I die” – he asks for godly integrity, not great things to benefit self

(2)    humility of self-knowledge – “lest I be full and deny you…and profane the name of my God” – he could have prayed to be able to use poverty or riches correctly, but he knows his own weakness/frailty too well

“Who is the LORD?” = verbal apostasy

Moses also cautioned Israel against the moral jeopardy of apostasy when a people are too comfortable in their bounty:

Deut 8:11 Beware that you do not forget the Lord your God by not keeping His commandments, His judgments, and His statutes which I command you today,
Deut 8:12 lest — when you have eaten and are full, and have built beautiful houses and dwell in them;
Deut 8:13 and when your herds and your flocks multiply, and your silver and your gold are multiplied, and all that you have is multiplied;
Deut 8:14 when your heart is lifted up, and you forget the Lord your God who brought you out of the land of Egypt, from the house of bondage

“or lest I be poor and steal” – Why is this so dangerous?

Garrett – “Stealing may convince others that the LORD is of no help or that His laws are impossible to keep.” (deism/hypocrisy)

WHAT IS THE LIMITATION OF MONEY?

1.    It cannot satisfy your spiritual needs

Prov 15:16 Better is a little with the fear of the Lord, than great treasure with trouble.

v.16 teaches the disciple to give priority to faith, not treasure

“fear of the Lord” = the opposite of “trouble” (here, inward turmoil)

It’s far better to fear God and not have very much, than to govern over a personal empire with the conflict & anxiety that necessarily comes with it.

Prov 15:17 Better is a dinner of herbs where love is, than a fatted calf with hatred.

This proverb teaches that loving one another cheers the spirit and strengthens the bonds of friendship during even the most deprived circumstances.

This is better than the best circumstances when accompanied with hatred and rivalry that breaks the bonds of friendship.

Moffatt – calls “a fatted calf with hatred”: “wealth with worry”

“dinner of herbs” = small serving of vegetables = a wayfarer’s portion of food on his journey, a traveler’s vegetable meal represented the most modest meal in both quality and quantity.

Prov 17:1 Better is a dry morsel with quietness, than a house full of feasting with strife.

Solomon is saying, “I would rather eat cheese and crackers with my closest friends, than to share a 5-course meal with a table full of people who resented me.”

Proverbs celebrates sufficiency and warns of the dangers of both scarcity and overabundance.

Prov 23:4 Do not overwork to be rich; because of your own understanding, cease!

Waltke – “Do not become weary to make yourself rich; stop trusting in your own insight.”

“because of your own understanding, cease! = “have the wisdom to show restraint” = lit. “cease from your own insight/cleverness”

Your own cleverness is a pathetic substitute for trust in God.

God says, “put distance between you and your own insight – cease trusting in it – or even better, do not even begin to trust in it.”

Prov 23:5 Will you set your eyes on that which is not? For riches certainly make themselves wings; they fly away like an eagle toward heaven.

There is a wordplay that escalates in this verse. First your eyes “fly” to “what is not” (deceitfulness of wealth), then those same riches sprout wings and “fly away!”

The metaphor of the eagle is that it is swift and powerful. It cannot be captured – in the same way, riches will certainly disappear, and once gone, they are gone forever (“they fly away like an eagle toward heaven”).

Wealth is a BLESSING when it is acquired by:
(1)    diligence – Prov 10:4 He who has a slack hand becomes poor, but the hand of the diligent makes rich.

Wealth is a CURSE when it is acquired by ungodliness:

Prov 10:2 Treasures of wickedness profit nothing, but righteousness delivers from death.

Ecclesiastes 5:13 There is a severe evil which I have seen under the sun: riches kept for their owner to his hurt.
Ecclesiastes 5:14 But those riches perish through misfortune; when he begets a son, there is nothing in his hand.
Ecclesiastes 5:15 As he came from his mother's womb, naked shall he return, to go as he came; and he shall take nothing from his labor which he may carry away in his hand.

When wealth is hastily gotten, it eventually disappears…

Prov 13:11 Wealth gained by dishonesty will be diminished, but he who gathers by labor will increase.

Prov 13:11 Dishonest money dwindles away, but he who gathers money little by little makes it grow. NIV

Jesus taught that wealth is fleeting in a parable:

Luke 12:16 Then He spoke a parable to them, saying: “The ground of a certain rich man yielded plentifully.
Luke 12:17 And he thought within himself, saying, ‘What shall I do, since I have no room to store my crops?’
Luke 12:18 So he said, ‘I will do this: I will pull down my barns and build greater, and there I will store all my crops and my goods.
Luke 12:19 And I will say to my soul, “Soul, you have many goods laid up for many years; take your ease; eat, drink, and be merry.”’  Luke 12:20 But God said to him, ‘Fool! This night your soul will be required of you; then whose will those things be which you have provided?’
Luke 12:21 “So is he who lays up treasure for himself, and is not rich toward God.” 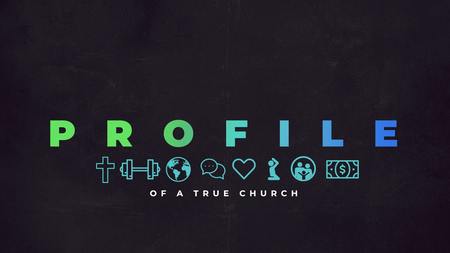 BIBLICAL APPROACH TO PRAISE AND WORSHIP