29 Days of Prayer
LET THE LITTLE CHILDREN COME TO ME
Luke 18:15-17
Intro: In the ancient world, childhood was not for sissies. It is estimated that only 50% of children lived past age 10. 60% of children died before age 16 according to historical records. Childhood was more desperate than cute in those days; therefore, we can easily understand why parents might bring their children to Jesus for any kind of blessing.

Luke places this account here because children, like the tax collector in the preceding parable, were unlikely candidates for divine favor.

In our modern, western culture we generally consider childlike qualities such as innocence and trustfulness as things to celebrate.

The ancient world did not regard children the same. Children were viewed simply as “not adults.”

They may be valued for their present or future contribution to the family business, but in general, childhood was an unavoidable and uncelebrated interim period until the young were mature enough to bear children in the home and/or contribute to the workforce.

More specifically, in Judaism, women and children derived their status in society primarily in relation to the adult males in their lives.

You will search ancient literature in vain looking for the same kind of sympathy towards young people that Jesus showed.

Luke 18:15 Then they also brought infants to Him that He might touch them; but when the disciples saw it, they rebuked them.

First one parent brought a little child to Jesus, and then everyone wanted to do it.

This is characteristic of parents: they want the best for their children.

But children tend to be noisy – especially babies, which Luke specifies were among those little ones being brought to Christ – so there must have been a good deal of commotion.

The disciples didn’t like it. But why? The best we can tell, they thought they were rescuing Jesus from the crush of people crowding around Him. Apparently, He could bothered by some…but not all. Kids were the first to be scratched off their list.

Frequently, Jesus placed His hands on people in public to convey blessing. He was following an established ritual in Israel.

Most examples of laying on of hands were to official public offices. But Jesus laid hands to convey personal blessing to common people. His touch became a distinguishing mark of His ministry.

Who did the Lord touch in Luke? the unclean foreigners, women, and children.

Why babies? An infant was more helpless than a child, in a similar way that a tax collector was considered worse than other sinners.

Like the previous story, this account stresses grace, not merit. Tax collectors and infants do not possess merits.

“they rebuked them” – the disciples reprimanded the parents – “rebuked” is the stern, uncompromising term used by Jesus when He delivered from demons, healed fevers and calmed storms in Luke, usually accompanied by a shushing (“be quiet!”).

We can therefore imagine that the disciples harshly censured these parents for disturbing Jesus with their loud children.

Did they think Jesus’ attention would be better directed to other pressing needs in the crowd?

Jesus seized the incident as a teaching opportunity.

Luke 18:16 But Jesus called them to Him and said, “Let the little children come to Me, and do not forbid them; for of such is the kingdom of God.

Who makes up the congregation of Jesus in this section of Luke? A widow, a tax collector, and infant children!

illus: Who would have given a 2nd thought to those 18th century coal miners in Bristol, England? They were known for being brutal roughnecks. Someone called them “a pitiable and neglected people.” After working in the mines all day, they lounged around in squalor, living in huts near the work sites. But George Whitefield, the evangelist, went and preached to them in the open air, thousands at a time, their unwashed faces glaring at him with suspicion. Whitefield reported that it was easy to tell if they were under conviction of sin: the tracks of their tears made white channels down their blackened cheeks. Who would have ever thought that thousands of forgotten coal miners could repent and believe all at once? But Jesus gathers His people from the most overlooked places. He delights in desperate widows, anguished tax collectors, and insignificant children.

“for of such is the kingdom of God”

WHAT IS THE LESSON?

This precious incident is recorded in Matt, Mark & Luke. It shows the great love that Jesus has for children.

It also shows His gentle nature. Without it, parents likely would never have put their babies in His arms.

So, bring the baby who is yet unborn. Bring the little girl with the disability; bring the boy who is disinterested and loves to disobey – bring them all to the Lord & Savior who loves them, who wants to bless the, and who says, “Let the children come to Me.”

Let us not make the mistake of thinking that children’s ministry is secondary to the real work of the church. It is the real work!

If we fail to do these things, then we are hindering our children from coming to Christ.

A child who is won to Christ has a whole lifetime to worship Jesus and work in the Kingdom of God.

Most believers make their decision to believe and receive Christ when they are young. Similarly, many missionaries surrender to that call before they enter adulthood.

WHAT IS THE APPLICATION?

Jesus said that we must become like little children ourselves if we ever want to gain eternal life.

Luke 18:17 Assuredly, I say to you, whoever does not receive the kingdom of God as a little child will by no means enter it.”

The Kingdom of God is shorthand for salvation and all its blessings.
To enter the Kingdom is to have an everlasting saving relationship with the God who rules the universe. The only way to have that relationship is to come to Jesus like a little child.

But what does it mean to receive the Kingdom of God like a child?

(1)    Jesus is not saying that we need to return to childlike innocence, as if children were any less sinful than adults. No, Jesus was fully aware that children are no better or no worse than anyone.
(2)    We should not idealize childhood.
(3)    Nor is Christ saying that we should be childish, as if it were a virtue to be immature. We must reject the “Peter Pan Effect” that romanticizes drawn-out adolescence.

If anything is characteristic of children – especially babies like the ones people were bringing to Jesus – it is their TOTAL DEPENDENCE on others for what they need.

Children come into the world utterly helpless. It takes years before a child can look after his or her own daily needs.

And what do the children do? They simply receive the care they are given.

So great is their need that they simply accept the gift of loving care, without ever saying, “Oh, you shouldn’t have!” or “Let me do it myself!”

This is how we must come to God if ever we would enter His Kingdom. To enter, we must receive.

We must make a declaration of helpless dependence, offering God nothing but our need. Then we must hungrily receive the grace He gives.

Jesus does not bless the children for their virtues, but for their deficits.

The kids are important because of what they lack – they are small, they are powerless, they are without sophistication, and they are overlooked.

Therefore, in the strongest possible way, Jesus shows that the Kingdom is offered to the helpless, to the needy, to the powerless, and to the weak. Indeed, it belongs to them.

Unlike the Pharisee in 18:11-12, children do not have lists of Torah achievements to their credit. Instead, they are like the tax collector, whose only “merit” is unworthiness.

That’s why Luke used the term for infants to introduce the narrative. Newborns are too young to exhibit trust. They are too young to understand right from wrong, therefore they cannot repent. They are spiritually helpless. Only grace can rescue them.

That is Jesus’ point! 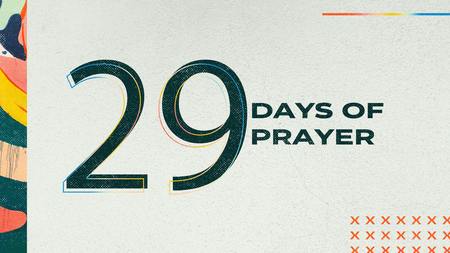 WHAT SHALL I DO TO INHERIT ETERNAL LIFE?

LET THE LITTLE CHILDREN COME TO ME

Be Merciful to Me a Sinner

THAT MEN ALWAYS OUGHT TO PRAY AND NOT LOSE HEART