CHRISTMAS STORY 2021
Luke 2:1-20
Intro: The Christmas story is so familiar to us…and so poetic…such a romantic part of the tradition of our holiday…it is the most anticipated time of the year for many – a time for giving in a culture of receiving. It is a season to think of others when we so easily and quickly think of ourselves. It is a time to yearn and long for peace when we are surrounded by strife and war and conflict. It is also a time for family and of course it is a time to celebrate hope.

If the details of Jesus’ conception were not supernatural, they would be scandalous…Mary was an unmarried, pregnant teenager…Joseph wasn’t sure he was going to take responsibility for the child…they left town presumably before she began to show too much…

Think of the familiarity of the Christmas story…nativity scenes…wise men not really there…ever thought about the different gifts brought by the wise men? (what about the two who brought the incense & myrrh?...think they might have resented the one who brought the gold?) [Bed, Bath & Beyond vs. Fort Knox]

If we are not careful, we can get lost in the nostalgia and enchantment of the season and lose the impact the Holy Spirit means for us to have when we hear the Christmas story. Let’s consider some questions about the narrative…

Luke 2:1 And it came to pass in those days that a decree went out from Caesar Augustus that all the world should be registered.
Luke 2:2 This census first took place while Quirinius was governing Syria.
Luke 2:3 So all went to be registered, everyone to his own city.
Luke 2:4 Joseph also went up from Galilee, out of the city of Nazareth, into Judea, to the city of David, which is called Bethlehem, because he was of the house and lineage of David,
Luke 2:5 to be registered with Mary, his betrothed wife, who was with child.

To show His sovereignty over the whole world

Isaiah 9:6 For unto us a Child is born, Unto us a Son is given; And the government will be upon His shoulder. And His name will be called Wonderful, Counselor, Mighty God, Everlasting Father, Prince of Peace.
Isaiah 9:7 Of the increase of His government and peace There will be no end, Upon the throne of David and over His kingdom, To order it and establish it with judgment and justice From that time forward, even forever. The zeal of the Lord of hosts will perform this.

Proverbs 21:1 The king's heart is in the hand of the Lord, Like the rivers of water; He turns it wherever He wishes.

To fulfill a prophecy from the Old Testament

Micah 5:2 But you, Bethlehem Ephrathah, Though you are little among the thousands of Judah, Yet out of you shall come forth to Me The One to be Ruler in Israel, Whose goings forth are from of old, From everlasting.

WHAT IS SIGNIFICANT ABOUT THE MANGER?

Luke 2:6 So it was, that while they were there, the days were completed for her to be delivered.
Luke 2:7 And she brought forth her firstborn Son, and wrapped Him in swaddling cloths, and laid Him in a manger, because there was no room for them in the inn.

Humble birth for a Holy God

We must look to a baby born, not with fanfare, pomp and circumstance, but to poor parents in desperate times. Joseph and Mary and the baby Jesus were real, historical figures.

But in a way, Joseph and Mary extend beyond themselves, beyond their particular place and time. They represent all of us.
We are all poor and living in desperate times. Some of us are better than others at camouflaging it. Nevertheless, we are all poor and desperate, so we all need the promise bound up in that baby.

We are in need of a way out of the bankruptcy of our human natures.

And we find it in this child who lay in a manger, who was and is Jesus the Christ – the long awaited Deliverer.

The Lord who comes in ways that are easy to reject…

Why an Inn? To indicate that He came into the world but to sojourn here for awhile, and to teach us to do likewise!

Matthew 24:44 Therefore you also be ready, for the Son of Man is coming at an hour you do not expect.

And that newborn baby was very much unusual.

Of course, in some respects He was perfectly ordinary. He was a human being, a baby. He got hungry. He got thirsty. He became tired.

When He was born, they wrapped Him in swaddling clothes – the ancient equivalent of diapers. An infant. Helpless, hungry, cold and tired.

Yet this child was the Son of God Incarnate. He was Immanuel, which means “God with us.”

According to the Apostle Paul, this infant created all things. This baby created His own manger! And this infant King truly will bring peace on earth one day future.

To make it easy to find Him

illus: God was so specific about Jesus’ birth that no one would mistake him for any other babies in Bethlehem…and all would know that it was God who did it…In Bethlehem, that night, there might be one or two babies wrapped in swaddling cloths, but surely only one lying in a manger!

Jesus was born in a barn so that you could be born again into heaven!

WHAT IS SIGNIFICANT ABOUT THE SHEPHERDS?

Luke 2:8 Now there were in the same country shepherds living out in the fields, keeping watch over their flock by night.
Luke2:9 And behold, an angel of the Lord stood before them, and the glory of the Lord shone around them, and they were greatly afraid.

Common people are more ready to receive a compelling message

As a class of people, shepherds were largely despised and looked down upon. They had a bad reputation collectively.

The nature of their work kept them from observing the ceremonial law which meant so much in their religious culture. They were constantly “unclean” and kept outside the Temple complex.

Furthermore, they were known for having the regrettable habit of confusing “mine” with “thine.” Thievery was the common complaint among the shepherds.
They were considered so untrustworthy and unreliable that shepherds were banned from testifying in the law courts, according to the Jewish Talmud.

Therefore, it is remarkable that God should choose these to be the first to hear of the glory of the Incarnation!

Matthew 5:3 Blessed are the poor in spirit, For theirs is the kingdom of heaven.

THE TRUTH ABOUT THE CHRISTMAS MESSAGE

Luke 2:10 Then the angel said to them, “Do not be afraid, for behold, I bring you good tidings of great joy which will be to all people.”

Luke 2:11 For there is born to you this day in the city of David a Savior, who is Christ the Lord.
Luke 2:12 And this will be the sign to you: “You will find a Babe wrapped in swaddling cloths, lying in a manger.”

Acts 2:36 “Therefore let all the house of Israel know assuredly that God has made this Jesus, whom you crucified, both Lord and Christ.”

The message declared to the shepherds by the angels is the same gospel we have received and must preach to others.

Luke 2:13 And suddenly there was with the angel a multitude of the heavenly host praising God and saying:
Luke 2:14 “Glory to God in the highest, And on earth peace, goodwill toward men!”

WHAT DO WITH THE CHRISTMAS STORY

Luke 2:15 So it was, when the angels had gone away from them into heaven, that the shepherds said to one another, “Let us now go to Bethlehem and see this thing that has come to pass, which the Lord has made known to us.”

investigate the facts (“let us now go…and see this thing”)

Luke 2:16 And they came with haste and found Mary and Joseph, and the Babe lying in a manger.

do not delay (“and they came with haste”)

Luke 2:17 Now when they had seen Him, they made widely known the saying which was told them concerning this Child.
Luke 2:18 And all those who heard it marveled at those things which were told them by the shepherds.

Luke 2:19 But Mary kept all these things and pondered them in her heart.

Gen 37:10 So he told it to his father and his brothers; and his father rebuked him and said to him, “What is this dream that you have dreamed? Shall your mother and I and your brothers indeed come to bow down to the earth before you?”
Gen 37:11 And his brothers envied him, but his father kept the matter in mind.

Matthew Henry – “As she had silently left it to God to clear up her virtue, when that was suspected, so she silently leaves it to Him to publish her honor, now when it was veiled; and it is satisfaction enough to find that, if no one else takes notice of the birth of her child, angels do.”

Luke 2:20 Then the shepherds returned, glorifying and praising God for all the things that they had heard and seen, as it was told them.

praise God for it (“the shepherds returned, glorifying and praising God”) 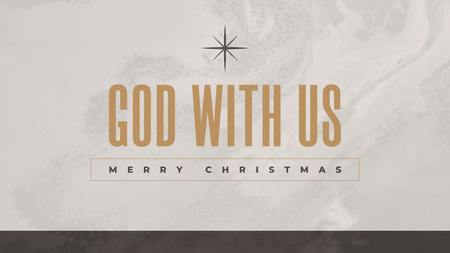 God with us
Current Sermon