The Power and Threat of the Kingdom
HOW OFTEN I WANTED TO GATHER YOUR CHILDREN TOGETHER
Luke 13:31-35
Intro: He seems so serene. He appears so unaffected by the intense emotions that would grip a more passionate soul. This is the Jesus we usually see in paintings, especially the famous portrait by Warner Sallman. [show photo] Since it first appeared in 1940, Sallman’s painting, “Head of Christ,” has been reproduced more than a half billion times. The Christ in Sallman’s portrait is perfectly calm. He looks to one side with a steady, upward gaze. His silken hair flows to his shoulders; his radiant face is smooth and tanned to bronze. He appears alert and even athletic, but he does not betray any obvious emotion. His lips are closed, keeping what he feels deep in the recesses of his heart. This is the Jesus we often see in the portraits, but it is not the Jesus we meet in the Gospels. In those writings a very passionate Savior appears who experiences every holy emotion of the human spirit with the fullest intensity. When Jesus rejoiced, as He did when the 72 disciples returned from their first mission trip (Luke 10:17-22), He was made glad in the full exultation of His Father’s joy. When Jesus laughed, His voice danced with the delight of redemption. When He was angry, as with the merchants who had set up in the Temple making God’s house a marketplace (Luke 19:45-46), He shook with righteous indignation. When Jesus grieved outside the tomb of His dear friend Lazarus (John 11:35), He sorrowed with all the anguish of a broken heart. According to Hebrews, “…He had offered up prayers and supplications, with vehement cries and tears” (Heb 5:7). When Christ suffered in the Garden of Gethsemane and on the cross of Calvary, He endured the absolute torment of being forsaken by God for our sins (Matt 27:46).

No one has ever had a more dynamic emotional life than the Lord Jesus Christ. He did not go through life with unmoved serenity, but with passionate intensity. He seemed to feel everything. In today’s text, His emotional concern for His fellow Israelites as well as His disdainful thoughts toward Herod are front and center. Jesus is no robotic rabbi with a 1000-mile gaze, He is the fierce Son of God on a mission to rescue sinners.

Luke 13:31 On that very day some Pharisees came, saying to Him, “Get out and depart from here, for Herod wants to kill You.”

Who were the Pharisees?

They were a ruling party of religious leaders in Israel in the 1st century. Their name derives from a word meaning “separated.” They considered themselves “voluntarily devoted to the Law of Moses.” They were politically conservative patriots to the nation of Israel, who championed a high view of Scripture, but eventually devolved into self-righteous men who believed themselves to be superior to just about everyone else. Most often in the Bible, they oppose Jesus and seek to silence Him, discredit Him, and eventually wish to kill Him.

It is curious to find “some Pharisees” warning Jesus against Herod.

Even though they were vigorously opposed to much that Christ said and did, they may have recognized that they had much more in common with Him than with Herod.

Another possibility is that they were Herod’s secret agents.

Of the handful of Herods mentioned in the Bible, this one was perhaps the most feeble and pathetic. He was designated Herod Antipas or Herod the tetrarch. His father was Herod the Great, but he did possess the same ruling chops as his father. Herod Antipas was impulsive and weak. Even though he seemed to like John the Baptist, he still had him arrested and beheaded to please a woman and save face in front of his peers.

After the fiasco with John the Baptist, Herod may not have wanted the murder of another prophet on his conscience; but he did want to be rid of Jesus.

Did he, therefore, use the Pharisees to pass along a death threat? They may have been ready to cooperate with this pagan authority to get Jesus to move to a region where they had more power over Him.

Luke 13:32 And He said to them, “Go, tell that fox, ‘Behold, I cast out demons and perform cures today and tomorrow, and the third day I shall be perfected.’

Jesus replied to these Pharisees with a biting challenge to Herod. If they were going to be the tetrarch’s messenger boys, they would have to relay a very dangerous and awkward message.

Herod: “Well, what did He say?”
Pharisees: “Ummm…please don’t be mad at us. He called you a “fox” and said He was going to keep doing what He has always done.”

“Fox” was used by Jews as a symbol with two major meanings: (a) sly, crafty person who cannot be trusted (b) insignificant or worthless person

Herod considered himself a roaring lion to whom everyone should treat with respect or keep their distance. Jesus rejected that, and said he was only a scheming, petty ruler of no consequence. He was no big deal, just a little fox.

One commentator wrote, “To call Herod ‘that fox’ is as much to say he is neither a great man nor a straight man; he has neither majesty nor honor.”

Jesus answered Herod’s death threat with dismissive scorn. Herod is the only person Jesus is recorded as having treated with contempt.

Later we read that Herod wanted to see Jesus perform a miracle, and that when Jesus stood before him the Master remained silent.

Luke 23:8 Now when Herod saw Jesus, he was exceedingly glad; for he had desired for a long time to see Him, because he had heard many things about Him, and he hoped to see some miracle done by Him.
Luke 23:9 Then he questioned Him with many words, but He answered him nothing.

Cold-hard truth #1: When Christ has nothing to say to you, your position is hopeless.

Not only that, but in John’s Gospel, Jesus noted that whoever God is not speaking to is not His.

John 8:47 He who is of God hears God's words; therefore you do not hear, because you are not of God.

‘Behold, I cast out demons and perform cures today and tomorrow, and the third day I shall be perfected.’

The casting out of demons and healing mean that Jesus will continue His ministry, regardless of others seeking to stop Him.

“the third day” means “in a short while,” then Jesus will be “perfected” or “finished!”

Jesus means that He will complete His allotted course. God, not Herod, will determine when He is to die. The divine plan will be fulfilled.

The priority is clear. Jesus follows the path God maps out for Him.

Luke 13:33 Nevertheless I must journey today, tomorrow, and the day following; for it cannot be that a prophet should perish outside of Jerusalem.

Let us have the mind of Christ. Let us possess a calm assurance about the future. Let us walk in hope with no fear of bad news.

Psalm 112:7 He will not be afraid of evil tidings; his heart is steadfast, trusting in the Lord.

J.C. Ryle – The faith of most believers is fitful and spasmodic. It is for lack of steady, constant faith that so few can say with Christ, “I will walk today and tomorrow and not die until my work is done.”

It would never do for a prophet to perish except in Jerusalem. The capital city was the heart of the nation; it was there that its destiny and the fate of its prophets would be determined.

This may be the reason for Luke’s strong interest in the city. In his writings, he mentions the name “Jerusalem” 90 times, while it occurs only 49 times in the rest of the NT.

Luke 13:34 “O Jerusalem, Jerusalem, the one who kills the prophets and stones those who are sent to her! How often I wanted to gather your children together, as a hen gathers her brood under her wings, but you were not willing!

The Lord Jesus is very deeply moved by the hardness of heart of the people of Jerusalem.

Throughout the centuries, they have repeatedly misjudged and killed God’s prophets.

2 Kings 21:16 Moreover Manasseh shed very much innocent blood, till he had filled Jerusalem from one end to another, besides his sin by which he made Judah sin, in doing evil in the sight of the Lord.

2 Chronicles 24:20 Then the Spirit of God came upon Zechariah the son of Jehoiada the priest, who stood above the people, and said to them, “Thus says God: ‘Why do you transgress the commandments of the Lord, so that you cannot prosper? Because you have forsaken the Lord, He also has forsaken you.’”
2 Chronicles 24:21 So they conspired against him, and at the command of the king they stoned him with stones in the court of the house of the Lord.

They have rejected all the persevering attempts of Christ Himself to call them to true and lasting repentance.

This tender address shows that Jesus was deeply concerned about the final fate of the city.

Even with all this violence against the Lord’s prophets and leaders, Jerusalem was not immediately rejected. The Lord would often have gathered her children together, like a mother her to her chicks.

Psalm 91:1 He who dwells in the secret place of the Most High shall abide under the shadow of the Almighty.

Psalm 91:4 He shall cover you with His feathers, and under His wings you shall take refuge;

He wanted to; they did not want to. He would, but they would not. Two wills are expressly mentioned: the will of Christ to do good, and the will of man to refuse good when offered.

They chose their own judgment against the revealed will of God.

God’s sovereignty and man’s responsibility will appear to be in perfect harmony one day. In the meantime, whatever our suspicions or uncertainties, let us never doubt Christ’s infinite willingness to save.

Jesus shows that someone can tenderly admonish without disguising the seriousness of the truth.

Nevertheless, the nation has invited the final result.

Luke 13:35 See! Your house is left to you desolate; and assuredly, I say to you, you shall not see Me until the time comes when you say, ‘Blessed is He who comes in the name of the Lord!’”

When a nation or an individual persists in rejecting God, the end is inevitable.

Jesus says, “your house is left to you desolate.” Desolate = abandoned, forsaken.

Cold-hard truth #2: When it is announced that your house is forsaken, God no longer lives there. (WRATH)

Being abandoned by God is the final disaster. There is no returning from it.

Where are the fathers who will decide that “God will live here?” We will we not be forsaken because we will live by faith.

For everyone who is in Christ, we have this great and precious promise from the Lord. It is outlined in the new covenant and repeated in Hebrews.

Heb 13:5 Let your conduct be without covetousness; be content with such things as you have. For He Himself has said, “I will never leave you nor forsake you.”
Heb 13:6 So we may boldly say: “The Lord is my helper; I will not fear. What can man do to me?”

Christ Jesus earnestly longs for the salvation of those who are lost. But when man is determined in his refusal to believe in Him, Jesus will ultimately leave him to final destruction. 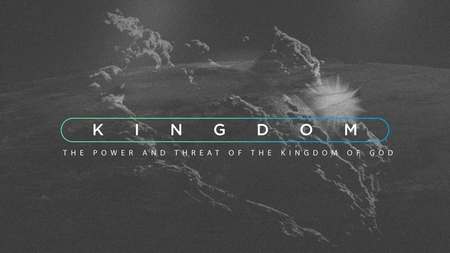