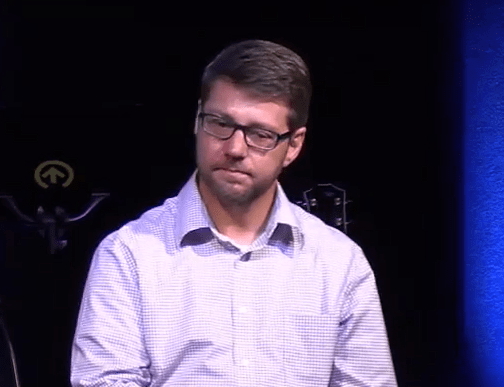 The Testimony of Shane P. Sabbatini

I was raised as a Catholic from the day I was born. Our local priest christened me with Holy water as a baby, I was confirmed at age 12, served as an alter boy until grade 9, and even graduated from a Catholic School.
A couple of years after high school, my father passed away. He was “not in good standing” with the Catholic Church and the way he was treated, in death, by the church was one of the first ways the Lord began to work on me, opening my eyes to many of the unbiblical practices I’d accepted, grown comfortable in and practiced myself.
But it wasn’t until I was 24 years old that I came to know our Lord and Savior, Jesus Christ. I began going to a small Baptist church in Cominto, Ark., to listen to a local praise and worship band perform. It was in that church that I surrendered my life to Christ. I got married a year later and had 2 children. The years to come brought a number of trials, including divorce, custody issues with my children, loss of my job, my house – even my health.
I was on my deathbed in 2015, when I became very ill and was hospitalized in Little Rock. At that point, I rededicated my life to Christ. And everyday since, I live to want to serve Him more.

Jan 23
LET THE LITTLE CHILDREN COME TO ME