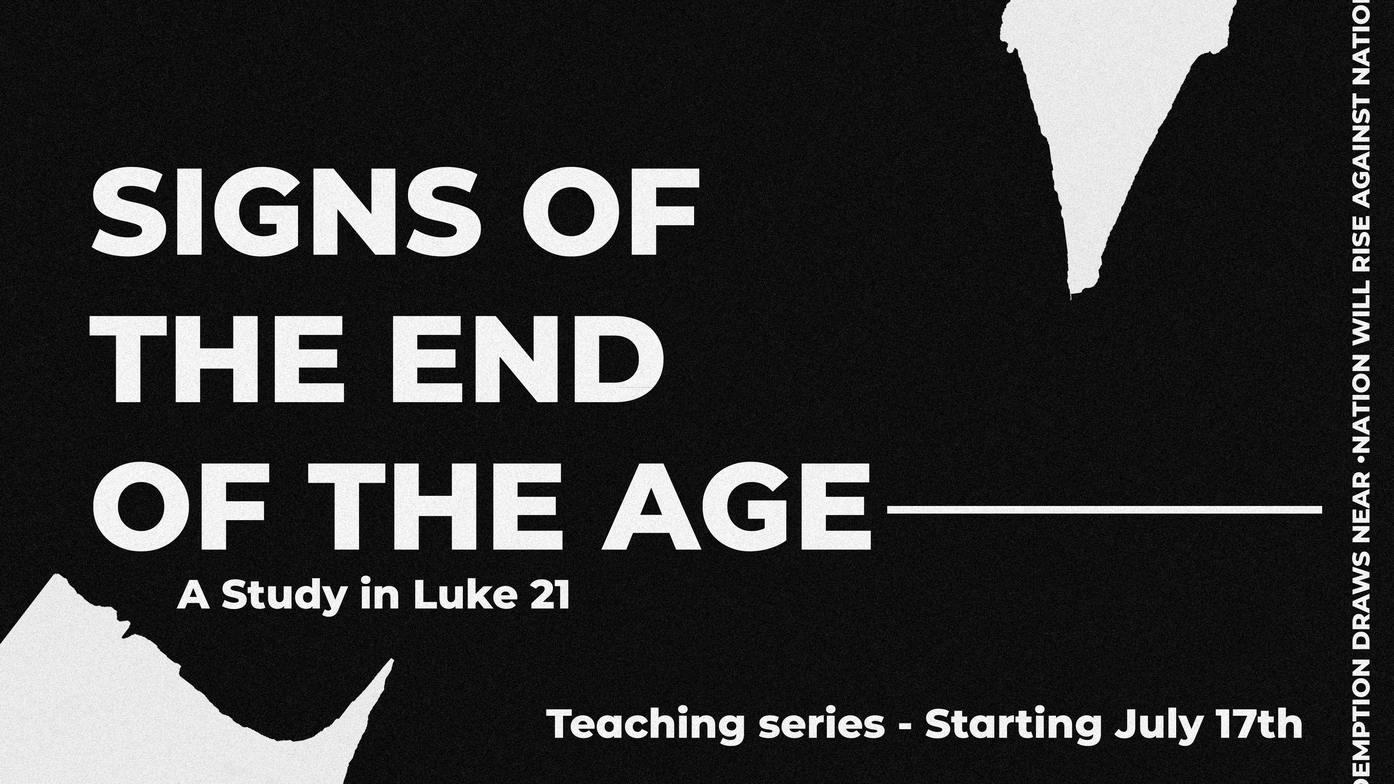 History has seen many end-of-the-world cults. Even in recent history we saw the rise of a number of prominent cults that emphasized the end of the world. Some of us can recall David Koresh and the Branch Davidians in Waco, Texas. Mr. Koresh claimed to be the messiah and wooed a number of people into his cultic control. They came to a tragic end when Koresh led his followers to resist the authorities. During a siege, their compound caught on fire and a great many were killed or took their own lives.

You may also remember the charismatic cult leader Jim Jones and the tragedy at Jonestown. That group of people in Guyana were led to drink poison-laced Kool aid. "Don't drink the Kool-aid"

Such cults thrive because there remains an instinctive fascination with the idea of the end of the world. We not only think of cult groups, but the guy downtown with wild eyes and hair wearing a sandwich-board sign warning that "The end is near!".

What should we expect?

What should we do?

How should we think about the end?

How should we prepare?

Find out in our new series called "The temple destroyed and signs of the end of the age", which is expected to last about 5-7 weeks, It's a great opportunity to invite a friend!

Take a moment to ask God to prepare you to hear this teaching. Below you will find this weeks' Bible verses and the song set.

Luke 21:5–19 (NKJV) 5 Then, as some spoke of the temple, how it was adorned with beautiful stones and donations, He said, 6 “These things which you see—the days will come in which not one stone shall be left upon another that shall not be thrown down.” 7 So they asked Him, saying, “Teacher, but when will these things be? And what sign will there be when these things are about to take place?” 8 And He said: “Take heed that you not be deceived. For many will come in My name, saying, ‘I am He,’ and, ‘The time has drawn near.’ Therefore do not go after them. 9 But when you hear of wars and commotions, do not be terrified; for these things must come to pass first, but the end will not come immediately.” 10 Then He said to them, “Nation will rise against nation, and kingdom against kingdom. 11 And there will be great earthquakes in various places, and famines and pestilences; and there will be fearful sights and great signs from heaven. 12 But before all these things, they will lay their hands on you and persecute you, delivering you up to the synagogues and prisons. You will be brought before kings and rulers for My name’s sake. 13 But it will turn out for you as an occasion for testimony. 14 Therefore settle it in your hearts not to meditate beforehand on what you will answer; 15 for I will give you a mouth and wisdom which all your adversaries will not be able to contradict or resist. 16 You will be betrayed even by parents and brothers, relatives and friends; and they will put some of you to death. 17 And you will be hated by all for My name’s sake. 18 But not a hair of your head shall be lost. 19 By your patience possess your souls.

Aug 7
THE PARABLE OF THE WISE AND FOOLISH VIRGINS